My Publishing Journey for the Chronicles of Nadine

Join me on a book adventure and become part of the story in transforming hearts and lives.
South Africa Publishing 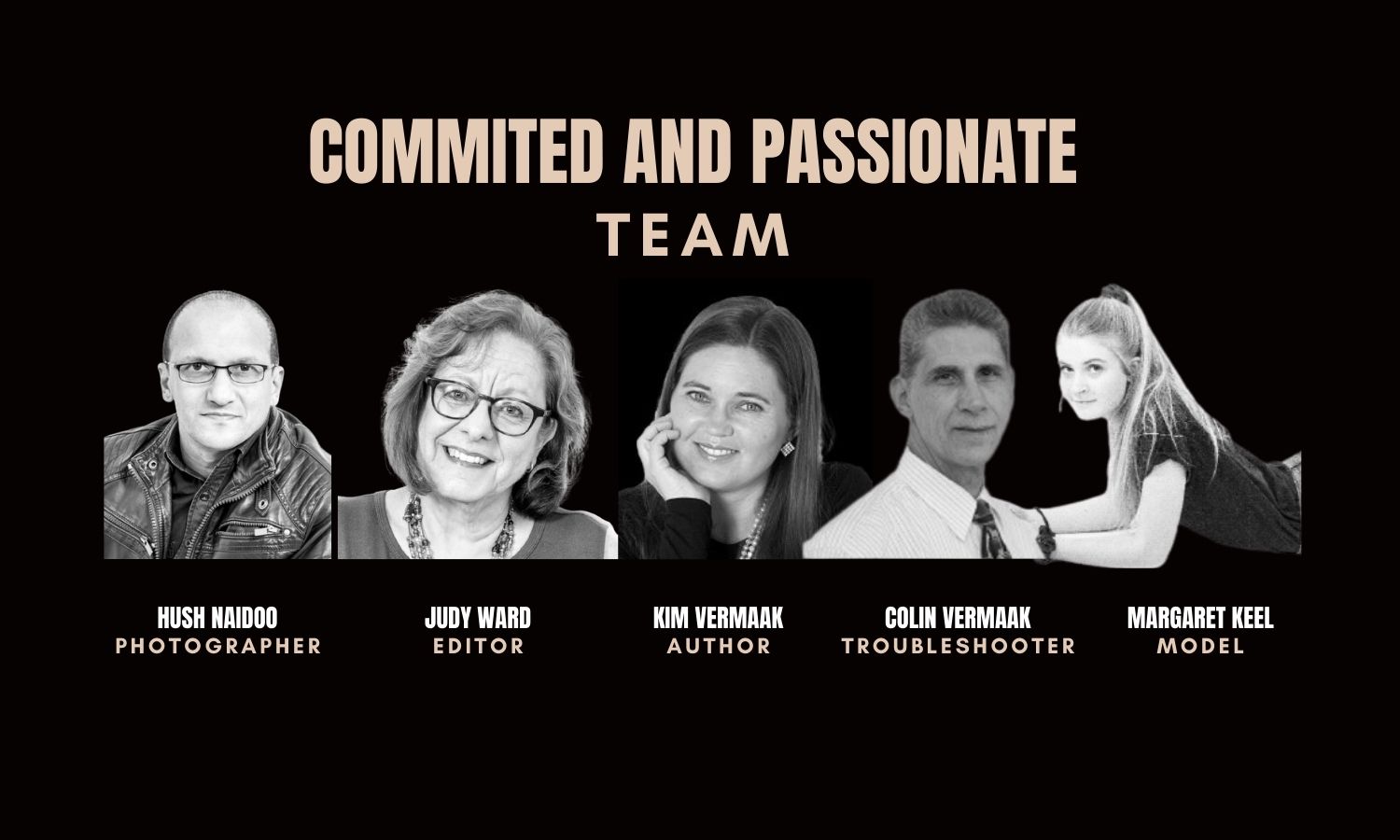 KIM VERMAAK I am an author and brand builder who has been an entrepreneur for almost 20 years. My superpower is to craft stories that not only transport my readers into the hearts and worlds of the characters I create, but also to create a culture of wisdom. Although I have always had a pen in my hand, whether doodling, writing or planning, it was not until South Africa had its first load shedding that I discovered the power of stories in my own world. When the lights went out, it was winter and my family was unprepared. With no candles or gas cooker, and a frightened daughter, I used her words to inspire courage. I had to overcome a few fears of her own to take the first tentative steps to becoming an author. But when I saw the power that books had to transform a family, I vowed to help other authors to create a better life for themselves by embracing their creative talents. I write in the medieval period because she believes that this time of history embraces the full complexity of the human condition. It was a period where politics, religion, murder, love and mythology all blended into daily life. People had to create lives of their own within a brutal and unforgiving landscape. In my early life, I felt like the medieval characters from her books. The plans and schemes of authorities over which I had no control over trapped me. You will find hints of my life woven into the book series. It was through books I found my courage. Books really have the power to transform hearts and lives. Now with the support of my team, my editor, friends and family, I can pass on this gift to others. JUDY WARD was the first professional who answered my heart’s call. I say heart’s call, because a relationship with an editor is one that speaks to the soul. There are many sad stories from authors’ who found that their “voice” gets lost in edits. But a rare few can draw a story out of you, in a way that makes your story sing to the sound of your authentic voice. Judy and I have developed a mutual love for the characters of the Chronicles of Nadine and speak about them as if they are actual people. Although the story and voice are mine, she has breathed life into them through her love, care and attention to detail. But Judy is more than a professional, she has cared for me as a word crafter and I affectionately call her my literary big sister. https://www.facebook.com/judy.ward.5895 ____ HUSH NAIDOO is our PR and character photographer. His career has spanned over three decades and he has photographed some extraordinary people such as Nelson Mandela, Will Smith, Elton John, Johnny Clegg, Basetsana Kumalo and Chris and Angela Rock. Hush has worked with SAFTAs (The South African Film and Television Awards) for over ten years. Because of our friendship, he offered us a deal that was beyond generous and exceeded all my expectations. Hush’s gentle and caring way of establishing rapport and building confidence in his clients has resulted in professional looking shots from a lot of very nervous amateurs. I am so blessed to have Hush as part of the team. https://www.facebook.com/JadePhotographyVisualImageSolutions ___ MARGARET KEEL is my daughter and also “The Face” of The Chronicles of Nadine. From character shots to lifestyle shots, she has conducted herself every bit as professional as a top model would. I am so blessed to have had her journey with me. Margaret has also been a sounding board for many of my chapters where the characters are of a similar age to her. She helped with our virtual launch for “The Fire Within the Storm” and has done my hair and makeup for my photoshoots. Margaret makes a wonderful member of my team and has kept me motivated at times when dream stealers have discouraged me. I am so blessed to have her in my life and part of the team. _____ COLIN VERMAAK is my husband and most practical supporter. As my writing routine is from 03H00 to 07H00, Colin has prepared breakfast for the family almost every morning for the last two years, allowing me precious time to keep working. He is also my “go to” guy for impossible situations that I write my characters into. He is my military tactical expert and has work-shopped many scenes with me to make sure my key characters don’t die when the odds are stacked against them. As a training and development specialist, he can check details for flow when I feel a bit stuck. Colin also has trained in reflexology and massage and helps ease all the stiff muscles I get when I have been super glued to the screen. This last skill will probably make me the envy of many writers out there. https://www.facebook.com/learnevent __ JUDY DOS SANTOS (Not in photo) is a social worker but also my self professed first fan and biggest supporter outside my immediate family. She was the first to read my first book. Judy has loved me through all my books and has bought several copies for friends and families. She has even recommended the books to people who she thinks will find healing or encouragement through the stories. She has given me some insights of how people handle trauma so that my characters are authentic. Without patrons, Michelangelo's Sistine Chapel and Vincent van Gogh’s Starry Night would not have been painted. They are the lifeblood of all creatives, and Judy has lived up to a Patron’s reputation. This special lady was on my virtual launch team and while I have had so many wonderful and generous people journey with me, Judy is a friend who has stood the test of time. There are few people who have the emotional stamina and vision to follow through on their support of a dream, but Judy is one of those.